A few months back, I began brainstorming (terrain-storming) for the centerpiece terrain of my Promethium Reactorum Warhammer 40K/30K board. Well, at long last it is time for the reveal:

The House of the Viatrix

I started by mocking up some of the parts, and rearranging until I found what I liked. The only plan I had was to build the first Warhammer 40,000 Wizard's tower, at least as far as I know. 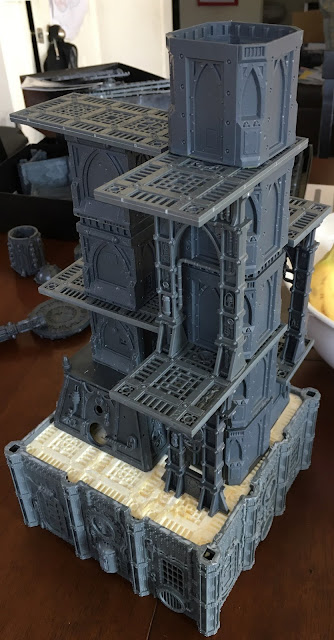 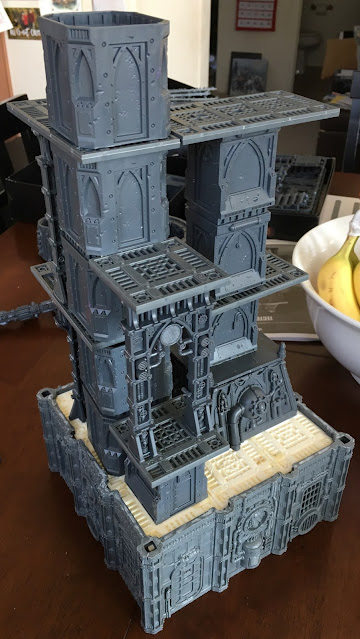 I had many classic kits around to work with, and when I needed extra parts, I cast them up to fill in the spaces. In particular, I knew I wanted a large field generator to be used as a dais for the Magos to view his domain. 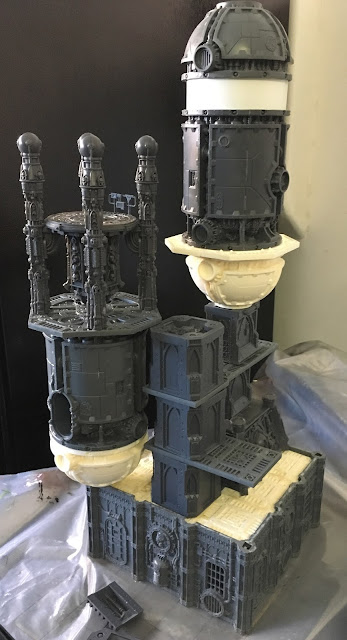 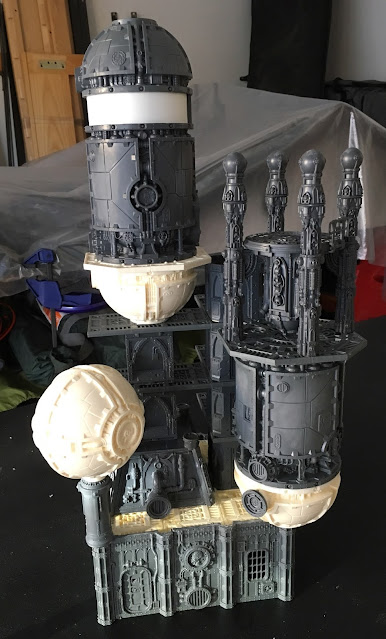 Once I had the basic idea in place, then came the careful work of bringing it all together with detailed placement of small features. This was surprisingly painstaking, but it is the most important part to building an evocative terrain piece. 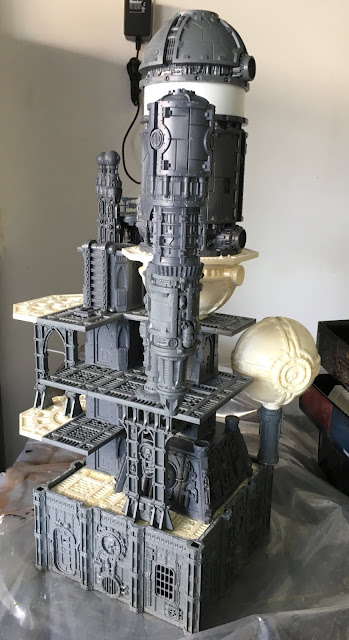 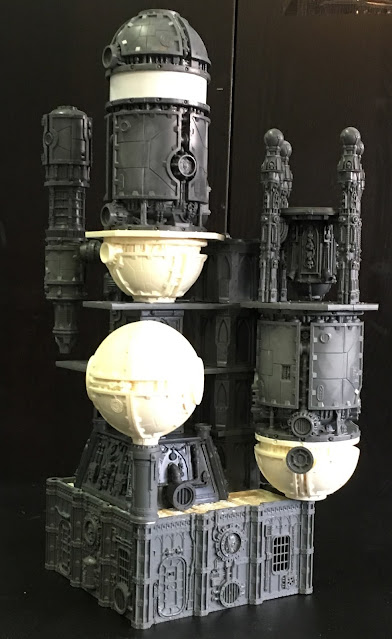 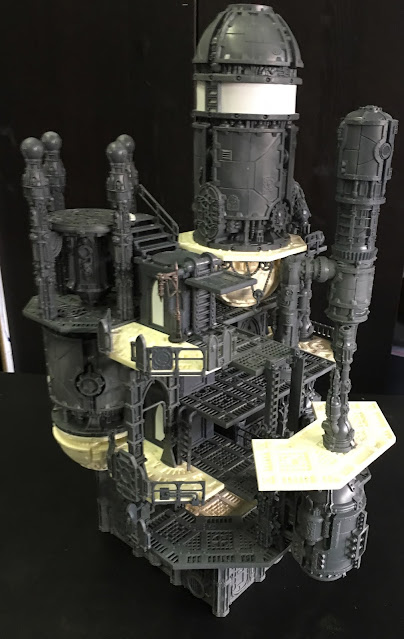 In the images above and below, you can really see how the details make it more realistic. I was very careful to make it functional. In other words, I tried to imagine how human sized figures would interact with the tower. Where would they have to walk? Which walkways would be for VIPs vs. those pathways for menials and servants? 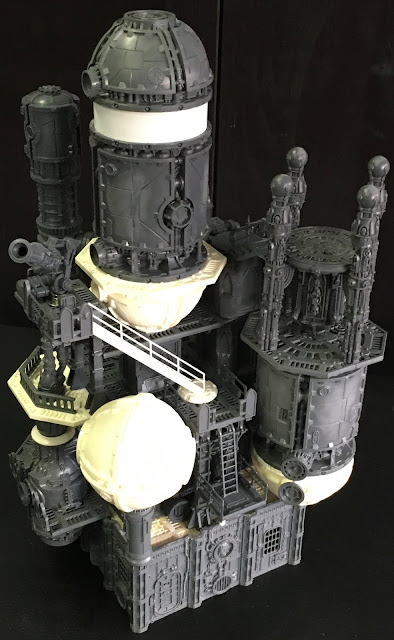 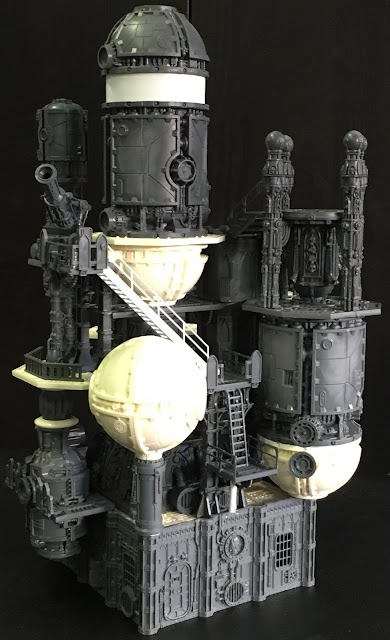 In the picture above, you might be able to spot the Magos' telescope and astronomical observation deck, as well as the 360 degree viewing window from the observation tower. Only menials service the telescope, and so they must use stairs, whereas the Magos uses a mechanical lift to gain access to the upper levels. 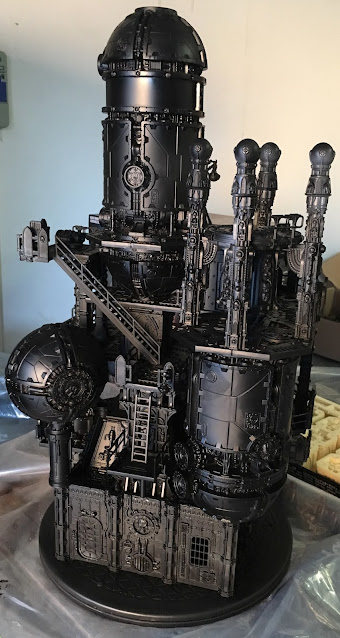 Once the main details were integrated, then came the first coat of paint. The tower is really taking shape. Stay tuned over the next few days to see what it looks like after an extensive paint job. It's worth the wait, but I have to apply a few finishing touches, and get out the good camera. Until next time! 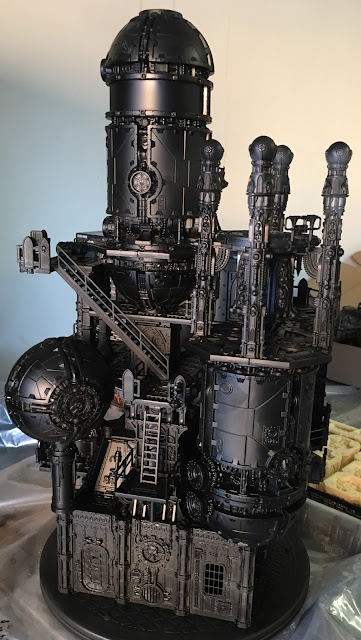 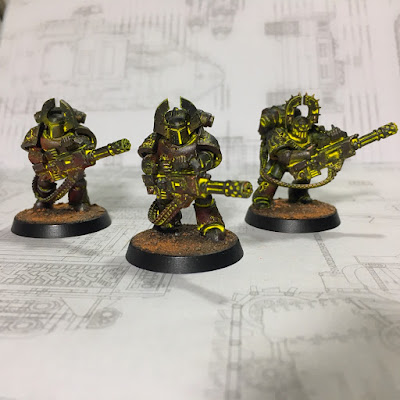 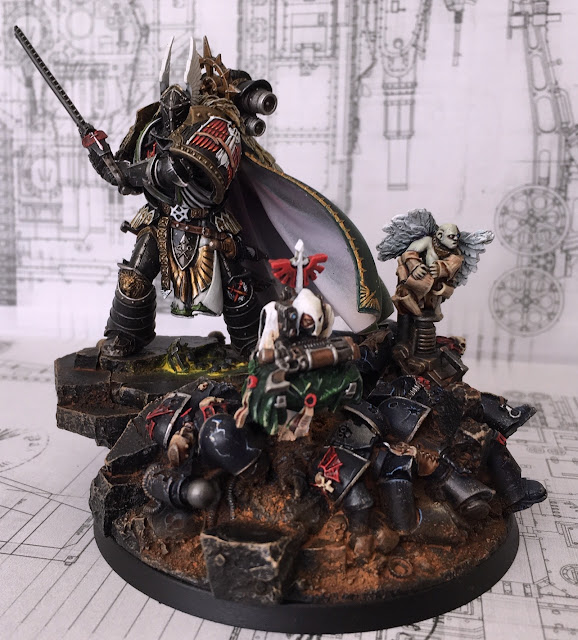 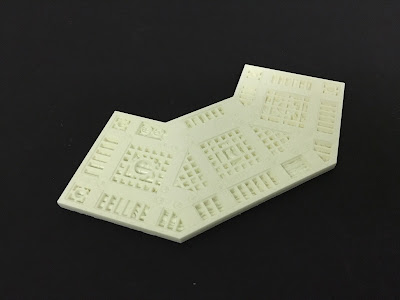 CUTTING PLASTIC! I promised in an earlier post that I would share my trick for cutting plastic terrain parts.  This is especially important for complex connections between board layouts. For the Promethium Reactorum, I had several complicated connections and I wanted to make them fit like puzzle pieces, or at least as close to this ideal as possible.  It starts with a simple part like the one above. I used this extra part as an example, and so I wasn't especially careful, but the process is exactly as described below.   The most important tool you will need is a reciprocating handheld saw like the Milwaukee Hackzall. The blade I use is very short (2.5") and can be used for anything from wood to metal (I've even used it for cutting the copper pipe for the Reactorum table). The second key ingredient is a stack of several layers of foam insulation board. In this picture I was using the slightly more expensive 'hobby board', but the cheaper stuff als